A Guide For Schools on Using Learn Now Pay Later 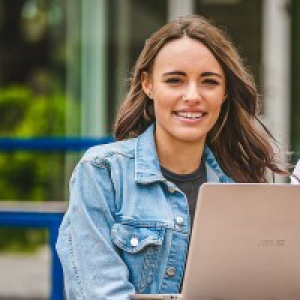 Now more than ever, strategies to reach students wherever they are and give them the confidence and knowledge to succeed in their journey are important.

As of October 2020, admission rates for the fall term showed a considerable decline.

Now more than ever, strategies to reach students wherever they are and giving them the confidence and knowledge to succeed in their  journey are important.

Buy now pay later (BNPL)   platforms that allow customers to make purchases in installments are growing in popularity in the United States and being used like never before.

Younger generations are hopping on the trend to save money instead of using traditional credit cards with steep interest.

Platforms like Afterpay, Klarna, and Affirm allow users to make big box purchases like a new computer without having to shell out the entire cost upfront. Instead, they typically let users pay in four installments over a few weeks or months. As a result, the BNPL industry is now worth $97 billion and set to only go up from there.

Some experts say younger generations are steering clear of traditional credit and debit in the wake of the financial crisis. Instead, buy Now Pay Later is becoming the solution in the retail world.

So what about education?

You may be thinking ‘Buy Now, Pay Later works great for retail, but how would it work for education?’ Turns out, it’s already working quite well. This study by AWS shows that not only is Buy Now Pay Later a popular option for Millennials and Gen Z, they are also already using this model to pay for their education.

And it makes sense doesn’t it?”

Your students are already familiar with Buy Now Pay Later for their everyday purchases.

Four easy payments of $19.99 are becoming the default choice when shopping.

25% of students polled in this study said they are “very or extremely” interested in BNPL for their education. BNPL plans are also statistically shown to increase conversions and sales which for the education world, means increased enrollment and better outcomes.

With your students already paying for many of their bigger purchases with BNPL, doesn’t it make sense to give them the option to use this model to help them achieve their learning goals?

Students are already familiar with Buy Now Pay Later, which makes offering Learn Now Pay Later easier for students to understand and make the right decision for financing their education.

11% of all U.S. consumers – 29 million people – have made at least one BNPL purchase in the last year alone. According to this study.

Consumers who use BNPL see it as an effective way to manage their budgets, enabling them to make purchases without having to worry about spending too much of their personal savings.

Installment plans alone may not be the best fit for larger schools/programs whose tuition price is too substantial to split up into 4 monthly payments alone. So it’s important to offer other options to students.

So how can you offer your students Learn Now, Pay Later options with a larger, more in-depth program?

The Fixed Payment Plan from Meratas gives students all the benefits of a traditional BNPL plan but spreads the payments out over a longer period of time. The student still makes fixed monthly payments but the repayment term could be a year or more.

This provides students with the flexibility they need while providing you with consistent payments. The student also repays the entire tuition amount so you know you’ll get full payments.

An Income Share Agreement (also called “ISA”), may at first appear unfamiliar but is rather straightforward. At the most basic level, they work like this: an ISA-funder or school provides a student with money to be used towards tuition or school/living expenses. In exchange, the student agrees to pay back a small percentage of their future earnings after they graduate and once they get a job. With an ISA if you make less than a certain amount (the payment floor) you don’t make payments.

Income Share Agreements align risk and reward between student and school, by removing the upfront financial commitment required to pursue education. It’s like going to school with no upfront payments, and then only paying for the degree if it actually helps you get a better job. Because of this, ISAs align the risk and rewards and incentivize students, schools, and funders to work together to promote and fund only the best programs that lead to solid careers.

Another example of combining plans is Meratas’ new Flex Plan. With this plan, students get all of the benefits of an ISA combined with consistent tuition payments for the school.

If you don’t know what an ISA or Income Share Agreement is, we’ve written a complete guide to help you learn everything about them. But essentially, they are a type of plan where a student under an ISA contract is provided with deferred tuition to cover the costs of their education in exchange for a promise to pay a percentage of their income after they’ve graduated for a set period of time once they’ve secured a job.

Besides generally no upfront payments, a significant benefit of an Income Share Agreement is that there are certain instances when the student’s payments are paused or deferred.

The new Flex Plan is similar to an Income Share Agreement in that it combines those payments indexed to income with the overall collection of the Fixed Plan. This means students get manageable payments indexed to their income while still paying the full tuition amount over time.

The difference between the Flex Payment and the Income Share Agreement is that the exact funded amount must be repaid under the Flex Payment Plan. In contrast, the repayment amount may fluctuate with an ISA depending on the student’s income and other situations.

This plan was created in consultation with one of our partners to help them overcome tuition obstacles with their program and is now being offered to all Meratas partners!

This option is designed to balance student benefits (income-based payments and automatic deferment) with repayment certainty for the school.

Meratas’ tuition products are designed to be flexible and easily combined to give schools the upfront payments they need with the long-term flexibility their students want.

For example, you can use a Pay in 4 plan to collect a sum of money upfront from students and then transition their payments into a Fixed Payment Plan to give them long-term, flexible payments. This gives you a strong flow of revenue upfront to make it easier to spread out the remaining payments for students over time.

The number one thing we’ve identified as a barrier to increasing enrollment is too few payment options for students. With flexible financing like BNPL, we’re looking to change the way students and schools view funding.

Our programs allow schools to control their future and help them hit enrollment goals while also improving retention.

Our partners choose Meratas for a few simple reasons. They have increased enrollment, diversified their income, and scaled their programs. In addition, 87% of students polled said they wouldn’t have considered their program without a flexible financing option.

Our approach to alternative financing options puts schools and students at the center of what we do. We create tuition programs that are fair and flexible for your students and profitable for you.

Now, are you ready to bring Buy Now, Pay Later to your students?

Buy Now Pay Later is here to stay and for good reason. BNPL gives consumers more options to pay for big-ticket items and helps to make big purchase items such as education more manageable. The shift in perspective to using this for programs has long been inevitable and we’re excited for the number of schools that are beginning to use this form of financing that we like to call Learn Now Pay Later.

Finding the best tuition option can be difficult, but diversifying your offerings is a great way to increase enrollment and open access to your course.

Your tuition needs are unique to you and your students. If you need the flexibility to build your financing, Meratas can help! Schedule a meeting with us today to learn more about how you can use Learn Now, Pay Later to achieve all your program’s goals!

Anna is Meratas’ resident creative specialist and is passionate about anything that involves the written word. Whether it's long-form blog posts or short-form social copy you'll find her buried deep in a Google Doc, WordPress post, or Medium article somewhere. A graduate from an online college alternative bootcamp, she enjoys thinking outside of the box and looking for new and innovative ways to solve problems. She’s passionate about deferred tuition products as they help to do just that: solve the problems that student loan debt has created in the world of higher education. When she's not writing, the social verse is her alibi.
This post was prepared by the author, in her/his personal capacity. The views expressed are her/his own, and do not necessarily reflect the views of Meratas Inc.
The information contained in this site is general in nature and should not be considered to be legal, tax, accounting, financial or other professional advice. In all cases, you should consult with professional advisors familiar with your particular situation prior to making any important decisions. Although every effort has been made to provide complete and accurate information, Meratas Inc. makes no warranties, express or implied, or representations as to the accuracy of this content. Meratas Inc. assumes no liability or responsibility for any error or omissions in the information contained herein or the operation or use of these materials. Copyright 2022 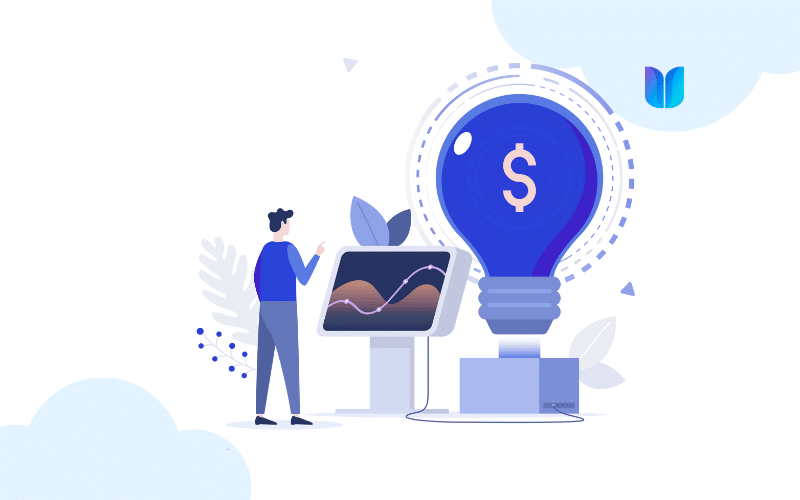 How to Design a Great Income Share Agreement Program 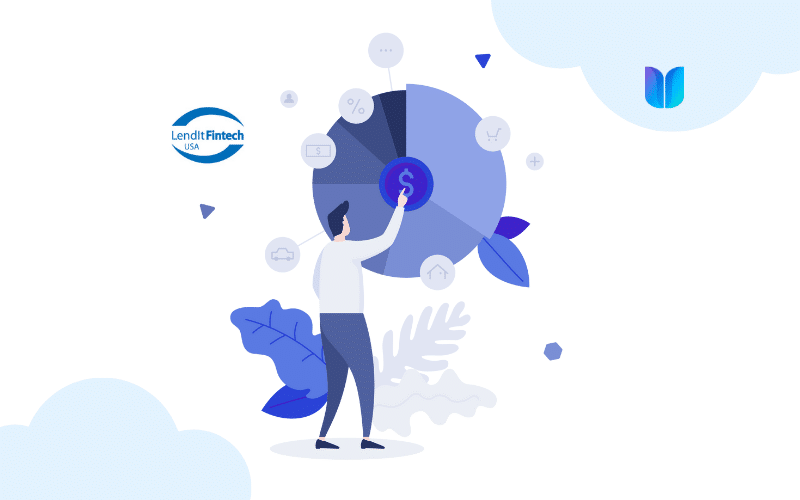 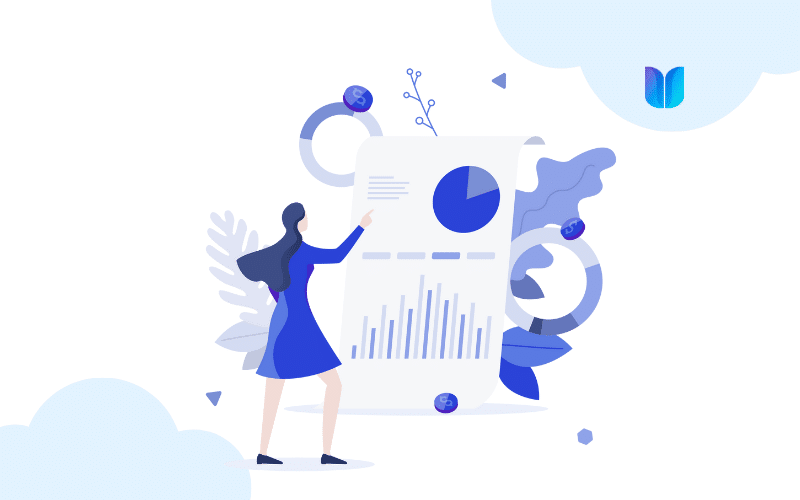 Ready to Discover the
Power of Learn Now, Pay Later?

Meratas is a payment plan software company and servicer. Meratas does not provide financing and is not a lending institution.

Get actionable career-building advice and updates on new educational programs straight to your inbox.